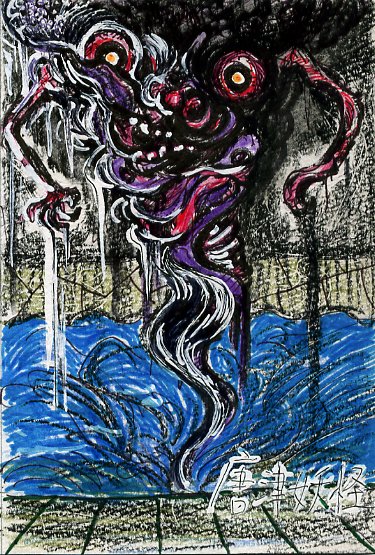 There was an apparition in the moat around the Karatsu castle. All people who had seen fainted. Therefore, nobody saw the face of the apparition. A certain scholar was invited to the castle. The scholar went to the moat where the apparition existed hearing the rumor. When he was stopping, a large man with pale face stood up from among the moat. A man stands in the surface of the water, and is a digit with the glare as for him. He guessed sitting down and returned it. Several hours have passed. A man melted like ice, and marks were lost. Thereafter, the apparition was gone.
Posted by Unknown at 2:54 PM