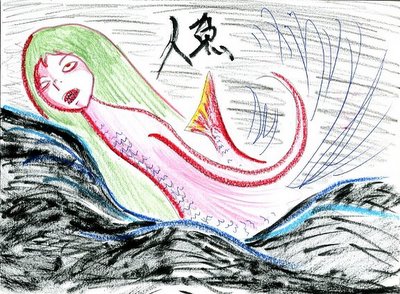 In japan,mermaid was believed a kind of shark.She eats meat,sometimes of her friend's dead body.A fisherman watched that child mermaid had been eating her mother's body on the rock in Edo period.Japanese mermaid's mummy was famous all over the world,but all of them are made like mermaid by someone in Edo.
Posted by Unknown at 1:19 AM