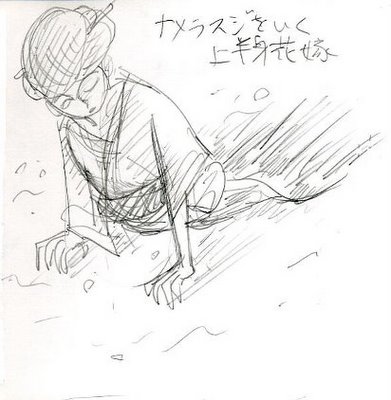 Strange road is called in West Japan by the name such as "Namera_suji (stripe of the rope)", and the existence of the one "Road that the ghost passes" is believed. It is a road that passes through straight to the house or the forest, etc. It is an apparition who did the appearance of the bride who lost her lower half of the body said that this will pass a certain Namerasuji.
Posted by Unknown at 2:01 AM