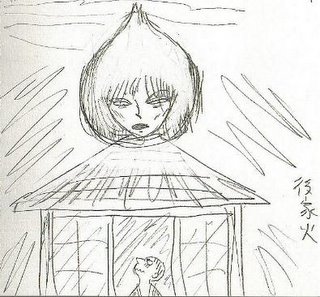 A wife of just losing the husband and a young man became love relations. However, the woman died soon. Then, the fireball came to reside on eaves in the man's house. All women who approached a man became unhappy. It was rumored that the reason for people in neighboring districts was that the widow became a fireball and it was attached to a man.
Posted by Unknown at 11:42 PM