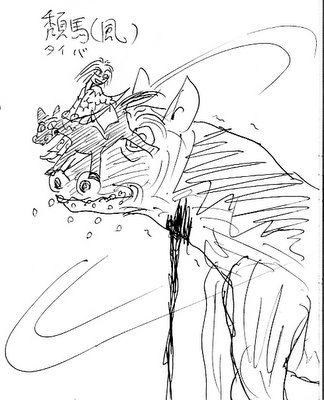 There is variously name. Though it was called as an insect ,but the appearance is old clothes small girl who got on small flying horse.It falls unexpectedly from the sky, a cruel death is brought to the horse, and it leaves laughing. It is an apparition feared in the age when the war horse was important.
Posted by Unknown at 12:00 AM